CPFA was founded by Late Gul Nawaz with the vision To transform and unite the entire community through the power of friendship, with admirable leadership as a governing body in every characteristic of conducting community services to its utmost values.

Gul Nawaz was a prominent member of the Pakistani-Canadian Community. He was active both in the Mississauga Community generally as well as in Progressive Conservative Party circles.He was a Licensed Public Accountant and a principal in the firm Nawaz Taub & Wasserman C.A. LLP.

Mr. Nawaz was the Chairman of the Finance Committee and member of the Governance Task Force and member of the Representation Committee of the Professional Engineers Association of Ontario. He is currently the CFO of the Mississauga Museum. He was the Chief Financial Officer of the Mississauga Arts Council. Mr. Nawaz has received several awards and recognition from the Senate of Canada, Mississauga Arts Council, Credit Valley Hospital, PMC, Canadian Spectrum, Sheridan and Etobicoke Colleges, STEM, University of Toronto. He is active in different community based organizations and in provincial and federal politics.

Prominent Local and National politicians attended with messages of Condolence from the Prime Minister conveyed via Mississauga-Streetsville M.P. Brad Butt.

All of us in community and public life in Mississauga are shaken and saddened by the sudden passing of our dear friend Gul Nawaz. His honours, awards, community contributions, board memberships and recognitions make too long a list for this space. Gul was a decent, honest, principled man who never made an enemy. We will miss him. There is an empty place in our hearts.

Tribute to Gul Nawaz a community leader and builder by Bob Delaney:

On Saturday May 11, the City of Mississauga lost a community leader and champion of the arts, health care, the needy, and better ties between Canada and Pakistan with the sudden passing of Gul Nawaz. Gul was a past president of the Institute of Chartered Accountants of Ontario, which awarded him fellowship, its highest honour. I paid tribute to Gul Nawaz on Monday May 13 in the Ontario Legislature.

Mississauga lost a strong, generous, passionate community leader this past weekend, and Liberals and Conservatives lost a decent, honest principled Chartered Accountant in Gul Nawaz. Allah called him home on the afternoon of Saturday May 11, while he worked at his desk.

Gul Nawaz obtained his Chartered Accountant designation 40 years ago, and was a leader among his peers, serving as the President of the Institute of Chartered Accountants of Ontario. He was honoured for his contributions to the CA profession with his FCA – his Fellowship among Chartered Accountants, a rare honour. Gul’s community and board governance contributions are as long as they are distinguished. Gul has helped the Mississauga Arts Council, Credit Valley Hospital, Peel Multicultural Council, Canadian Spectrum, Sheridan and Etobicoke Colleges, and the University of Toronto at Mississauga. And that is only a partial list.

Gul stood as a federal Alliance candidate in the November 2000 election, and though he did not win that election, Gul Nawaz got my vote. And he was our Provincial Liberal Riding Association’s auditor. He was my constituent, and he was a friend of mine and Andrea’s.

His native land of Pakistan was always important to Gul Nawaz, who worked constantly to build better ties between Canada and Pakistan. Our heartfelt sympathies go to Gul’s wife, Ghazala, and to his family and many, many friends. The legacy of Gul Nawaz Zindabad. Thank you, Speaker. Shoukria. 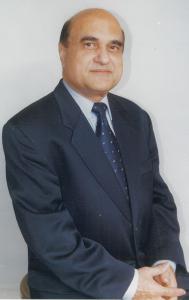